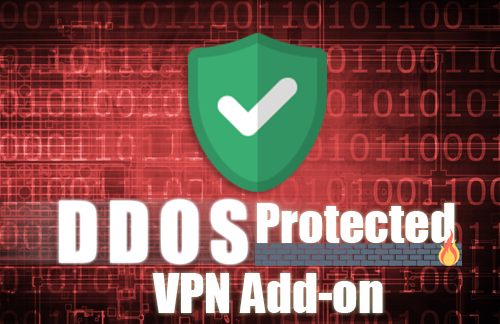 Our DDoS protected VPN service is competent enough to withstand the most complex DDoS attacks.

HFN’s DDoS protected VPN provides is a revolutionary feature that protects users from DDoS attacks that slow down gaming speed or affect servers.

HFN’s anti-DDoS hides your real IP from the attackers and filters the incoming traffic to your connection through its anti-DDoS mitigation servers.

How Does HFN DDoS Protected VPN Voxility or OVH Work?

HFN anti-DDoS hides your real IP from the attackers and filters the incoming traffic to your connection through its anti-DDoS mitigation servers.

Our DDoS protection activates automatically and springs into action instantly when anyone tries to attack you.

The DDoS protection add-on protects a gamer against all kinds of DDoS attacks to keep things fair and competitive.

Servers streaming a live feed can provide uninterrupted and fast streaming to their clients with HFN’s DDoS protection.

The DDos Protection gives you complete peace of mind with your system running flawlessly without any connection interruptions.

This website uses cookies to improve your experience while you navigate through the website. Out of these, the cookies that are categorized as necessary are stored on your browser as they are essential for the working of basic functionalities of the website. We also use third-party cookies that help us analyze and understand how you use this website. These cookies will be stored in your browser only with your consent. You also have the option to opt-out of these cookies. But opting out of some of these cookies may affect your browsing experience.
Necessary Always Enabled

Any cookies that may not be particularly necessary for the website to function and is used specifically to collect user personal data via analytics, ads, other embedded contents are termed as non-necessary cookies. It is mandatory to procure user consent prior to running these cookies on your website.